About Jody's Flowers, here in DeKalb, TX and how it came to be so popular since 2001. Probably first and foremost, we are locally owned and owner operated since 2001!

Jana's parents owned the Larel's Furniture building since the 1990's. Jana's mother and Jody became great friends and originally had a dress shop in a section of the store. Jody thought of doing a flower shop and Jana's mother thought that would be a great idea. Thus, Jody's Flowers was started. 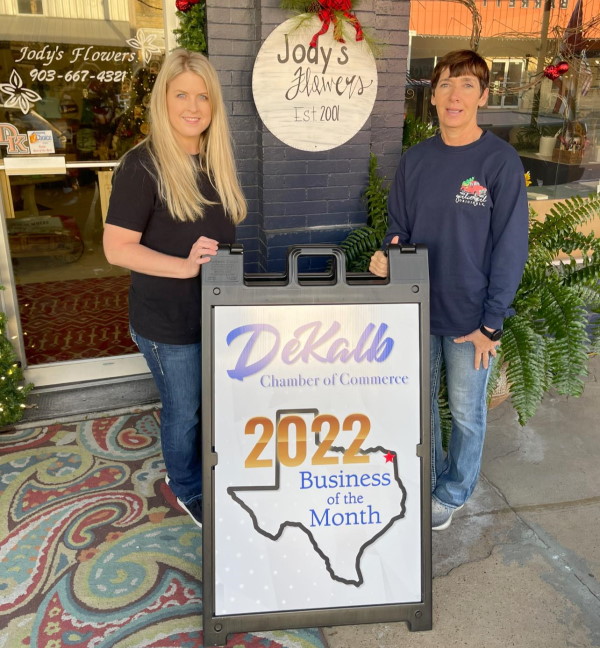 In late December of 2021, Jody's Flowers was honored as the first business to be declared the "Business of the Month 2022" by the DeKalb TX Chamber of Commerce!!

Jody on the left with Jana on the right.

What a great way to celebrate our 20th year Anniversary!!

As we mentioned on our Home Page, we are a small town florist. We will do our best to fulfil your wishes for the types and colors of flowers you desire. Due to supply issues, we can only create with what we have access to. Whatever we create for you, will be lovely and very beautiful.

We hope you'll allow us to fulfill your dreams of providing flowers to that someone special.
Call us during business hours - 903-667-4321 or Contact Us to arrange a pick up or local delivery of your selection(s).